Our Google Flutter Review 2021: In some of our previous posts, we’ve looked at how to build an app that looks and works as similar as possible to a native app, focusing on React Native. We’ve also looked at the competition by doing a thorough Google Flutter review for 2020 but, as there have been quite a few updates since then, we feel it’s time for an update.

The truth is that Google Flutter has been quite popular over the past few years and we believe it’s safe to say that you have already interacted with an app developed with it. Therefore, you might be curious as to what it has to offer and, if you have tried it, you may want to know what the latest update entails. In this article, we’ll review the best qualities of this software development kit (SDK) as well as the updates 2021 has brought along. But first, let’s recap.

What is Google Flutter (review)?

The 2017 Google I/O developers conference showed us an early alpha version of Google Flutter, with its Release Preview 2 launched in September 2018. There have been a number of new versions released since then; the latest being version 2.2 released in May 2021. As stated on its website, Google Flutter is “Google’s UI toolkit for building beautiful, natively-compiled applications for mobile, web, and desktop from a single codebase”. The fact that it is a complete SDK means it provides users with everything they need to create cross-platform apps, such as ready-made widgets, a rendering engine, and testing and integration APIs.

Google Flutter works with existing code, is used by developers and organizations around the globe, and is free and open-source. Some of the development companies currently using Flutter include eBay, Alibaba Group and BMW. Consequently, it is also one of the top preferred skills among software engineers. Google has used Flutter to work on Google Ads and smart displays like Google Home Hub.

What benefits does Google Flutter offer?

Here are some qualities that, as programmers, we find not only useful, but necessary.

Most of the time you spend developing a mobile app you find yourself waiting for it to be built and not actually coding. Flutter includes a “hot reload” feature—powered by Dart VM—, which means that your code changes are reflected in your app the moment you save them, preserving the current app state. This is extremely helpful when you are building your UI and it helps you fix bugs faster.

Google Flutter enables you to build your app with a beautiful user interface by providing a catalog of ready-made widgets that you can use and, believe it or not, every object you come across in Google Flutter is an actual widget. Having ready-made widgets solves the most common problems in user interfaces, such as centering an item or just placing it in the right spot. You simply have to choose the widgets that best adapt to the application that you have in mind.

Flutter supports conditional UI and, as an added benefit, its widgets follow Material Design guidelines and Apple’s Cupertino looks to a tee, saving you a considerable amount of time. Some of the widget categories you may find include accessibility, scrolling and animation widgets.

Google Flutter also gives you the option to customize a widget’s default behavior. To accomplish this, all you need to do is a pull request to the class that you are trying to modify and add the property or the behavior that you need. Then, you’ll find yourself with an extended widget and a new way to customize your app.

Flutter has its very own development language called Dart. Dart is ahead-of-time (AOT) compiled, which means that the code you build is compiled and transformed into a native (system-dependent) machine code so that the resulting binary file can execute natively. Moreover, Dart is also JIT (just-in-time) compiled for exceptionally fast development cycles and changing workflows. And if you wanted even better news, learning Dart is very easy. If you already know languages like Java, JavaScript, Kotlin, C# or Swift, you can start programming in Dart almost right away. So what are you waiting for to try it out? If you want to know more about why Google Flutter has chosen Dart as its language, you can take a look at Flutter’s FAQs.

We’ve covered that Dart is actually fairly easy to learn. The fact that Google keeps extensive and organized documentation makes it even easier and, together with the fact that Flutter is open source, you are bound to find a very productive community that is constantly working on contributions. There is also a Flutter YouTube channel with useful information and tutorials.

Google Flutter provides tools like the Dart analyzer and the DevTools that will help you debug your app. The Dart analyzer will help you find any mistakes that may crop up in your code, while DevTools includes a full source-level debugger. If you use a Flutter-enabled IDE/editor, like Android Studio or IntelliJ, both of these Dart tools will work automatically. You can find all the information you need to take full advantage of Flutter’s debugging here.

Google Flutter can run on pretty much any device that includes a screen. There are Flutter apps for Windows, Linux and macOS, so you’ll be able to take full advantage of this tool no matter which operating system you prefer.

Flutter allows you to run automated unit tests, widget tests and integration tests to ensure your app is running smoothly on all fronts before its release. Flutter offers its own continuous integration (CI) services to help you run tests automatically when making code changes. These services can be used with fastlane, Travis, Cirrus, Codemagic, Appcircle, and Britise. You can find more information and check out their tutorials here.

As if all of the above wasn’t enough, Google includes built-in opportunities that will help you make your app accessible to more users. This works for both additional languages and web accessibility. Flutter makes internationalization easier with widgets that simplify the process of preparing your code to receive localized content. It supports 78 languages but does not stop there, also supporting different currencies, date formats and units of measurement, among other features. When it comes to web accessibility, it supports large fonts, screen readers and sufficient contrast. You can take a look at the accessibility features here and the internalization tools here.

Flutter started 2021 with a bang, introducing Flutter 2.0 at the beginning of March and is currently on version 2.2. The latest releases have fixed numerous issues and included a substantial amount of PRs from contributors. Moreover, a new version of Dart has also been released: Dart 2.13. Let’s take a look at some of the main features of the latest versions below:

Other great additions that come with the 2.2 version of Flutter are smoother page transitions for iOS, adding more material icons and improved text handling. Moreover, there have also been interesting updates to FlutterFire, DevTools and the IDE plugins.

As you can see, Flutter has no shortage of great improvements and new features and has great plans to add new packages in the near future. You can take a look at extra additions and details in this article, as well as on Flutter 2.2’s release notes.

As our Google Flutter Review 2021 shows, Flutter is a very powerful SDK that has gained traction with some industry giants. It has the tools and libraries to easily help you build your app—whether mobile, web or desktop—and bring your ideas to life. Furthermore, both Google and the community are constantly working on new features to make it into the most comprehensive SDK possible. If you don’t have any mobile development experience, or if you are just trying to build an app that works well on Android, iOS and the web in the fastest way possible, Google Flutter can easily meet your needs.

Also, if you are looking for alternative cross-platform frameworks, you can check out our article on this topic here. 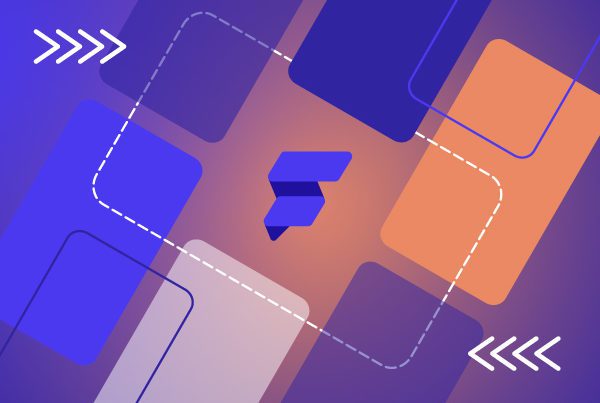