Before we start with React Native Video

Keep in mind that the project files are in the initial post mentioned above. This post will pick up from where we left off on that article. We will use a new library to control our mobile screen orientation called ‘React Native Orientation Locker’. 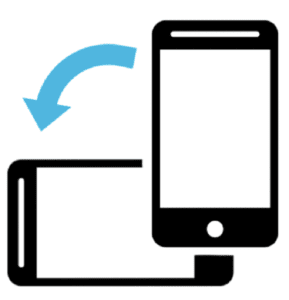 First of all, you’ll need to add the library to the project using one of the following commands in your terminal:

For iOS devices, you’ll need to run the following command on Mac inside the ‘iOS’ project folder:

Next, you’ll need to manually modify some Android and iOS files to add some lines of code following the instructions below.

For iOS, you will need to modify the following file:

For Android, you will need to modify the following file:

Note: these changes should appear automatically, but if they don’t, you should make them yourself.

Now it’s time to make some changes to the VideoPlayer.js file.

Finally, some styles must be added to fix the video player view on full-screen mode. These styles must also be taken into account when our React Native application has a top or bottom navigation bar, or both.

Player preview with and without React Native Video landscape orientation

Sometimes, you may want to keep your application from being used in landscape mode. This can be easily done by taking advantage of the ‘React Native Orientation Locker’ library we installed before.

In iOS, however, the best way of doing this is with Xcode, so we will see both alternatives.

On the App.js file, you need to import the React Native Orientation Locker library and then import the following line of code:

That’s it, the file should look something like this:

You don’t need to install anything to do this, just follow these steps:

Run the application again from Xcode and the changes should be added.