React Native is a JavaScript development framework that uses React to create user interfaces for iOS and Android devices. It was developed by Facebook and released in 2015. It helps developers reuse code across web and mobile platforms. With React Native resources, your JavaScript codebase is compiled to a mobile app indistinguishable from a native iOS app built using Objective-C or a native Android app built using Java.

The benefits of using React Native include that it’s open-source, cross-platform, and easy to learn, it leads to shorter development times, it provides a native interface and it makes it easy to implement changes.

In this article, we’ll cover a variety of free and paid resources that every React Native developer should be aware of. We’ll go over React Native tutorials and courses, list some of the top blogs, podcasts and YouTube channels, detail the most sought-after development tools and take a look inside the React Native community. 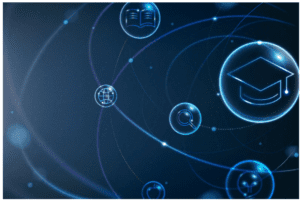 Whether you are just thinking about learning how to use the React Native framework or are a seasoned React Native programmer, the tutorials and courses below should be of use during your React Native journey. We’ll start with free options and also include some paid ones.

These React Native tutorials cover more specific areas (such as making a linear gradient view or processing image loading) and are a great complement to the official documentation or any other straightforward tutorial you might choose.

Codecademy offers free courses for a variety of programming languages. They have a free React Native course that covers core components, style components and navigation. You also have the option to access quizzes and portfolio projects with the pro version. This also gives you access to several other React Native courses.

You can make use of their free trial if you want to see if it’s worth it, after which the pro version costs $149.99/year for students.

This is a video crash course taught by Mosh Hamedany, a software engineer with 20 years of experience. For this React Native tutorial, you should have some existing knowledge of both React and JavaScript.

Udemy offers a variety of courses for React Native developers for just $14.99. Some of our recommendations include React Native – The Practical Guide [2022 Edition], The Complete React Native + Hooks Course and React Native: Advanced Concepts. 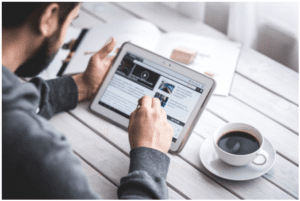 Blogs, podcasts and YouTube channels can be extremely helpful whether you are looking for React Native resources for beginners or are an expert who wants to keep updated on the latest news about React Native and get some solid tips. 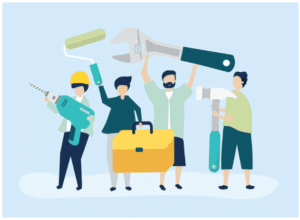 There is no shortage of React Native development tools. For this article, we have decided to make a list of the best free React Native resources for developers, including integrated development environments (IDEs), inspecting and debugging tools, libraries and many other tools that help you with specific aspects or features of mobile app development.

This free and open-source IDE created by Microsoft is very popular (and not only for React Native). Visual Studio Code is lightweight and includes many powerful features. You can add themes, debuggers and connect to other services. It also includes troubleshooting tools and is fully customizable.

Android Studio and XCode are IDEs for native Android and iOS development, respectively. These IDEs are required to set up the tools you need to build a React Native app.

This is a remote debugging app that combines Chrome DevTools, React DevTools and the Redux Devtools Extension in the same window.

Reactotron is a desktop app used for inspecting React and React Native projects. The app works for macOS, Linux, and Windows.

This is a package available for Chrome and Firefox. React DevTools means you can debug a React Native app from a mobile browser, Safari or an embedded view.

Postman is an API platform used for checking requests. When using Postman, you can build complex HTTP requests swiftly, organize them in collections, and share them with other members of your team.

Redux is a state management JavaScript library that can be used with React Native.  It lets you centralize your app’s state so you can build apps that are more predictable and easier to debug.

React Navigation is a library that provides routing and navigation for React Native apps. It is easy to use and completely customizable. It also has an extensible platform and includes components built for both iOS and Android. 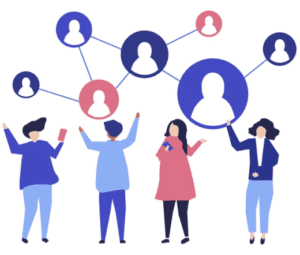 React Native has a strong community behind it. There are countless React Native developers that are willing to share their knowledge and help when others run into issues. Here are some places where you can find support and resources for any of your React Native projects.

There are React Native Meetups happening all around the globe. These are the perfect place to learn and network with other developers.

There is also a yearly React conference that includes various panels and talks in addition to after-hours activities where you can get to know other React Native developers.  You can find past conference talks on the React Conf YouTube channel.

There are also many Slack and chat channels available where you can interact with your peers. Here are just a few: