In September 2017, Facebook announced that React would become MIT Licensed (React License). This became a reality on February 16, 2018, which means all products related to React are now under MIT License. These include React, Jest, Flow, Immutable, Fresco, React Native, Metro, and Yoga. This was a great improvement for the adoption of the React Platform in the development community. Before this change, many startups and companies were reluctant to adopt a development framework owned by Facebook under the BSD+Patents License.

Which was Facebook’s previous license? 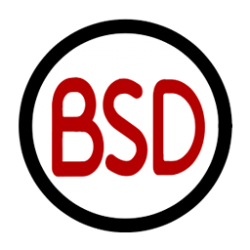 Facebook uses a license combo called “BSD+Patents” for most of their open source projects, which of course include React. This means they do not only use a standard BSD license but add a patent grant as well.

What does this translate to? Well, even though the code is open, Facebook still has the copyright. So, say you develop a project using BSD+Patents licensed software. It might all run smoothly for you initially, but what happens if Facebook decides to release a competing product? Although they might be infringing on your patent/s, the patent grant states you cannot actually sue them unless you wish to lose the patent license. The only other –rushed, expensive and complicated- option is to migrate away from React. This basically means Facebook has immunity regarding anyone who uses its software.

What inspired the move?

Although Facebook engineering director Adam Wolff once argued that this system was meant to prevent the risk of patent litigation and that “if this license were widely adopted, it could actually reduce meritless litigation for all adopters”, this has been a controversial topic.

Moreover, given that in this scenario the options are to either quickly migrate away from React or just lose your rights altogether, it is no surprise that there were strong recommendations to just not use React to begin with and turn to other frameworks. In fact, the Apache foundation banned React last July and WordPress stated it was reluctant to use it for future projects just a few days before Facebook announced the switch of React License last September.

What does the MIT License mean?

In addition to placing very limited restriction on software reuse and distribution, the MIT License was the most popular software license on GitHub, as of 2015.

It is not significantly different from the 2-clause BSD License. They have the permits use, redistribution, and redistribution with modification, as well as the provision to retain copyright notice and warranty disclaimer in common. However, the MIT License also explicitly allows merging, publishing, selling, and sublicensing, while the BSD only implies the first three and does not allow the latter.

However, the most significant change in React’s situation is that there is no longer a patent grant that might cause you considerable complications in the future.

After much discussion and some pressure from a couple of key players in the industry, startups and business can finally use React and React Native without the risk of being sued by Facebook or losing their patents. All the issues from the former license model are gone and we’ll be on the lookout to see which other projects might change licenses as well.