Designed by Guido van Rossum, Python is a programming language that was first released back in 1991 and has been gaining traction in the industry over the last few years. With an emphasis on code readability, this open-source language is platform-independent, friendly and easy to use, not to mention it increases productivity. Python is also our backend language of choice and, in this article, we’d like to help those delving into this language by sharing a comprehensive list of free Python resources for every developer.

We’ll start with some free Python resources for beginners, delve into some Python development tools and, of course, also cover some very useful Python libraries. We’ll also leave you with some useful Python blogs and podcasts, as well as the most relevant Python communities to help you at every step of your Python journey. 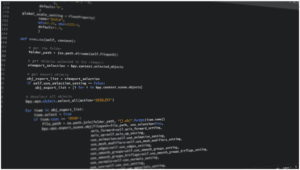 If you are just starting out with this programming language, here is a list of free Python resources for beginners during their learning process.

If you are a “do-it-yourself” kind of person, the official Python documentation is the best place to start. It includes a comprehensive tutorial on the language, as well as information about updates. There are also library and language references, information about installing and distributing Python modules, and more in-depth knowledge.

Codecademy offers free courses for a variety of programming languages. They have a dedicated Python section that includes over a dozen beginner-friendly courses. Their free courses include Learn Python 2, Exploratory Data Analysis with Python, and Build Connect Four using Python.

Codecademy also offers a pro version with plenty of extra courses for both beginners and intermediate learners. You can make use of their free trial if you want to see if it’s worth it, after which the pro version costs $149.99/year for students.

Zed A. Shaw has created a series of books to help developers master Python. On the website, you’ll find a free sample of the Learn Python the Hard Way book. This is a great way to get started and help you decide if this is the right tool for you. The free sample includes up to Exercise 8 and you can acquire the full book with 52 exercises for $29.99.

W3Schools is an excellent place to go when learning the most popular programming languages. Their Python tutorial is quite comprehensive; it includes plenty of examples and even a quiz to test your knowledge.

Their tutorial is free of charge, but there are also paid courses available if you’d like to get certified.

Although Google’s Python class does not require any prior Python knowledge, it is best if you have some programming experience to make the most of it. In addition to examples and exercises, the class also includes helpful video lectures.

A Byte of Python is a free book on programming with Python. It’s a great guide for complete programming beginners. The book covers Python version 3, although it also includes some guidance to adapt the knowledge to the previous Python version. Moreover, you will also find links to more resources to continue learning once you are done with the book.

The Hitchhiker’s Guide to Python is an extremely comprehensive source for Python development that is continuously updated. It gives you some context about the language and teaches you how to install it. It also goes over the various Python development environments and shows you how to write great Python code, among many other things. This guide is particularly useful if you are focused on the best practices for working with Python.

TutsPlus offers an excellent How-to tutorial for Python with links to dozens of different resources. As stated on its site, it is a “blueprint for making Python easy, fun and rewarding to learn.” It covers all the basics and includes links to a variety of ebooks, documentation, libraries and tools. 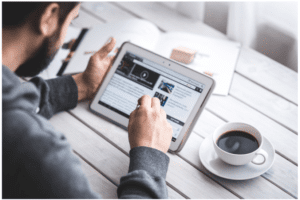 Whether you are looking for free Python resources for beginners or if you are an expert who wants to keep updated on the latest news about Python and get some solid tips, blogs and podcasts can be extremely helpful.

There are countless podcasts and blogs devoted to Python so we’ve made a selection that covers various aspects of the programming language. We won’t overwhelm you with extensive details, so here is a list of some of the top Python blogs and podcasts out there.

There is no shortage of Python development tools. For this article, we have decided to make a list of the best free Python resources when it comes to those tools, including integrated development environments (IDEs), code editors, web frameworks, testing and debugging tools.

This free and open-source IDE created by Microsoft is very popular (and not only for Python). Visual Studio Code is lightweight and includes many powerful features. You can add themes, debuggers and connect to other services. It also includes troubleshooting tools and is fully customizable.

Jupyter offers several tools for Python developers. There is JupyterLab, a web-based IDE for notebooks, code and data, and Jupyter Notebook, which is a web app that lets you create and share documents that contain code, text and visualizations. Both tools are great for data science and machine learning and are used by companies such as IBM, Google and Microsoft.

This IDE was created by JetBrains with professional developers in mind. There are two versions of PyCharm: a free one for pure Python development and a paid one with support for web development. PyCharm includes code completion, code inspections, debugging, error highlighting and fixing, code refactoring and version control system.

Atom is a code editor developed by GitHub. It’s open-source and its features are similar to Sublime Text’s. Atom allows for cross-platform editing, includes autocompletion, a built-in package manager, and a file system browser, among other features. It is also customizable; you can add packages, themes, and various HTML and JavaScript features.

Spyder is an IDE created for scientific use. It was written in Python, for Python, and is free and open-source.  It was designed by data analysts, scientists and engineers. It includes advanced editing, debugging, analysis and profiling functionalities, in addition to data exploration, deep inspection and visualization capabilities.

Django is a highly popular open-source Python web framework. It has been used by companies such as Mozilla, Spotify and NASA, as well as within our team. The framework was built by experienced developers and aims at using automation wherever possible to speed up web development and let developers focus on the important stuff. Django is fast, secure and versatile. It is also highly scalable, secure and good for SEO.

Flask is another free and open-source Python web framework that provides various tools for developing web apps. Flask is considered a micro-framework, which means it pretty much has no dependencies to external libraries. This framework is light, flexible and easy to learn.

CherryPy is a minimalist, object-oriented web framework that works wonders for web apps. It is fast, reliable and versatile. Just like Django and Flask, it is also open-source.

It wouldn’t be a comprehensive list of Python tools if we didn’t include some testing tools. Here are our top five free Python resources when it comes to testing.

Robot is probably the most popular Python automated testing framework. The framework was completely developed in Python and can be used for acceptance testing and test-driven development. Robot can run on Java and .Net and supports cross-platform automation testing.

Unittest—also called PyUnit—was the first automated unit test framework built with Python. It is built into Python, making it extra convenient to use. Unittest supports test automation, aggregation of tests into collections and sharing of setup and shutdown code for tests

This open-source Python-based testing framework does especially well when it comes to functional and API testing. It includes autodiscovery of test modules and functions as well as modular fixtures. It also has a simple syntax and rich plugins.

This unit testing framework is the successor of Nose. On its website, Nose2 is defined as “unittest with plugins.” The Nose2 framework is open-source and aims to add more functionality for tests to the existing unittest.

This testing framework was designed to replace both unittest and Nose and includes more advanced features than the former. Testify’s strengths are automated unit testing, integration testing and system testing. It has an extensive plugin system, improvised test discovery, and a simple syntax-to-fixture method.

Debugging tools are also a crucial Python resource. Here are a handful of them to help you debug your Python project.

print() is actually a Python function that includes tracing—also known as print debugging or caveman debugging—and logging. If you need more extensive debugging, you can turn to some other tools we’ll see below.

GDB Online is “an online compiler and debugger tool” and can be used for a variety of programming languages. When it comes to Python, it uses Python version 3.0. GDB Online is a great tool for online coders and includes coding, compiling and debugging capabilities all in the web. 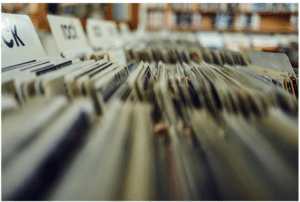 Here are some of our library recommendations for beginners, although we should note that many libraries from the lists below (like NumPy, Matplotlib and Keras) are also great libraries for beginners.

For every Python developer

The libraries we saw above don’t apply just to beginners; however, they are a great starting point for taking their first steps with Python.

Since there are so many useful Python libraries out there, we have also selected some that every Python developer should add to their virtual bookcase.

Finally, if your focus is machine learning, these are the best libraries for you. 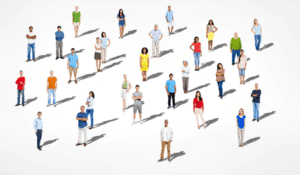 As we’ve mentioned, Python has a strong community behind it. There are countless developers that are willing to share their knowledge and help when others run into issues. Here are our top four communities to join if you are looking for support and resources for any of your Python projects.

Python Weekly is a weekly newsletter that includes curated news, jobs, tools, libraries articles and new releases, among many other things. You can subscribe for free on its website.

This is a large community of Python developers dedicated to helping new developers. The Python Discord community also encourages collaboration and friendships between experts.

PySlackers is an open Slack channel for Python enthusiasts. It is open for developers of any skill level to join and also includes a collection of learning resources.

r/Python is the official Python Reddit. You will find plenty of news, content and resources. You can also ask questions that the community will be happy to answer.

Whether you were looking for free Python resources for beginners or experts, we hope this article has been able to cater to your needs. We’ve definitely tried to cover as much ground as possible within the realm of free and open-source resources.